I attended Office 365 Ignite event in Conrad Dubai. It’s a 3 day event. I went for the first 2 days. I couldn’t go for the 3rd Day. Like their registration model.

Registration is free. But they will collect your Credit Card details. And will charge a fee of $ 600 USD, if you don’t show up for the event. I’m sure 98% of the registrants attended the event. 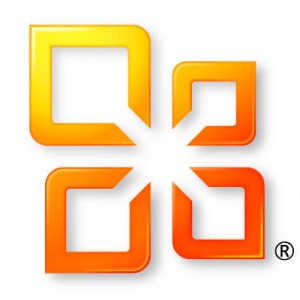 Its “App” season everywhere. They have apps for everything and everywhere. Microsoft Office 2013 and SharePoint 2013 also got this fever. They have introduced App Part instead of web part. You can have SharePoint hosted or any server hosted app serviced through your SharePoint pages. It works from within a iframe. Microsoft is encouraging App part than web part. They have App store for SharePoint 2013. There are some paid app part also. iframe model is chosen thinking the hosted web application’s app part. They should be restricted from accessing SharePoint content with some limitation.

Users should not get over interested and install too many apps inside a page. The page will become slow as each app part is loaded in its own iframe. Let say you have 5 “app part” in a page and if all the app part is using jquery.js, bang!! Not good for user. So think and use this app part!

They (Vesa Juvonen and Richard diZerega showed demo of App creation. They were doing good throughout the event on various sessions.

Apps for Office and SharePoint 2013

Extended session of the earlier one. If the app is a external hosted one (other than SharePoint itself), you can even develop it in php. Facebook model huh!! The self hosted app will have a URL syntax.

I have read about this before the event. And even tried a simple snap-in app for word. Its a really cool feature, you can make use of enhancing your users office productivity. I asked Richard it is a good replacement for “Mail Merge” automation of word document generation. He said no, as the model itself designed to have some user interface. It will be good for having some business lookups. Like say, whenever user type and selects some invoice numbers text and your app can show the invoice details on the right-side pane. It can also be used to insert some values from there to your document. Your app can be hosted anywhere from any platform (php, .NET etc.,) appzzzz 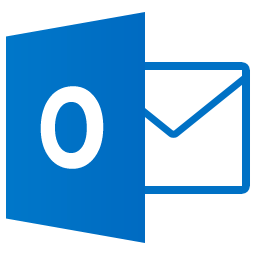 Similar to office 2013 app, you can create app for Outlook 2013. These apps are different from the earlier VBA model apps. They are web apps hosted and included inside Office products. This particular office app is triggered based on some criteria set for each app. Your app can be triggered whenever the mail content contains any pattern of invoice number. These apps are again loaded via iframe within mail message window. Only difference is, these apps are not automatically shown when the criteria is met. Users have to click on the app to show the app content. There are different criteria you can put for loading your app. Like regular expression match, default patterns like address, phone numbers, URL, etc., All these rules have to be given in the manifest file as Rule tag. Richard tried a phone number app with UAE phone number format it did not work. Apps like showing video preview whenever youtube URL patterns are matched are possible.

I asked if these patterns will be matched on HTML mail content (including the comment section). Richard said its a good question and he has to test this. heheheh!! There are some restrictions to these apps, that you cannot access the whole mail content, but only the matched pattern values. When you submit your app in Microsoft store, they will test all this and then only approve!! Now on you can show the invoice details with Approve and reject button along with the Notification email sent to the users!! wow! You can access the user profile and mail subject information from your app.

Most interesting one of all Ignite sessions. SharePoint CSOM (Client Side Object Model) has evolved a lot better. Gives user great flexibility to access SharePoint content from JavaScript. The REST APIs are even cooler. All CSOM are available through clients.svc Lot of project ideas evolved during this session. Best part is an attendee said “JavaScript has become a mandatory for SharePoint development. We need to learn all this stuff to do app”. Thought of “Are you kidding!!” you are in developer session of SharePoint 2013 and you must have used JavaScript in one way or the other from earlier versions (from SharePoint 2003)!! JS has become the heart of all development now. You take mobile development, JS plays a major role there too. Don’t miss JavaScript.

Security and OAuth in SharePoint 2013 Apps

This session was little dry. It explains the authentication mechanism of SharePoint Apps. Got a nice idea of a product during this session. Will explain that in the next post.

You can receive remove event callbacks from SharePoint 2013 and SharePoint 365 through a service call. Will be useful for external hosted SharePoint apps to receive events on the SharePoint site. (like item creation, deletion etc) Microsoft have removed the coding feature in Workflow. Its only design based workflow. But added features like calling web service, making code still possible. SharePoint designer 2013 looks good, improved a lot. Easy to implement any kind of workflows with Stages and transitions.

That’s all from Ignite Dubai 2013. It was raining in AbuDhabi on 21st Nov 2013. That was another reason for not going to the event on the final day!!